Spring, warm weather and longer days sees a surge in interest in garden works each year, and where householders improve and replace, boundary disputes are sure to follow…24/5/22 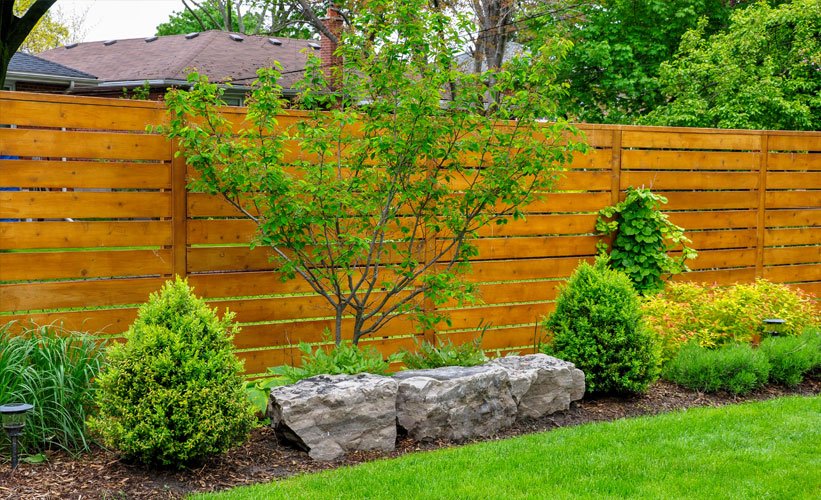 One recent long-running case saw an Essex couple fighting over six inches of disputed land ownership for eleven years, with costs predicted to be as high as £60,000. The couple, Philip and Denise New, say they have had to remortgage their home to cover the costs after losing their case. The argument started after they replaced rotten fence panels: they say they used the original cement posts that had been there for 50 years, but their neighbours said the fence was in the wrong place and that the News were trespassing on their land.

Mediators and land professionals were called in, but the neighbours were unable to reach any agreement over the disputed land, with the case finally reaching the High Court.

“This was an extreme example, but boundary disputes have a tendency to inflame neighbour relationships. The best approach is to try and avoid arguments arising in the first place, by having a quiet chat with neighbours before you do the work. If that highlights a difference of opinion and you can’t resolve things, then staying civil is important. You still have to live next door to each other and even if you think a house move may be a solution, remember you have to declare any disputes when you come to sell a property these days.”

Boundary problems often arise because nobody knows who owns and is responsible for a fence or the location may not be clear from Land Registry records. While modern housing will clearly state who owns which boundary, or whether it is a party fence, it is not always clear with older properties. Locating original title deeds or checking with the local authority may help to recover old documents but if no documentary evidence is available, then more work will be needed.

One option is to apply to the Land Registry for what is known as a ‘determined boundary’, obtaining an expert’s report to make your case and submitting with a surveyor’s drawing of the proposed boundary. Approval is not a guaranteed solution, as the neighbour must still agree with the determined boundary; if they don’t then it would mean going to a tribunal.

Otherwise, an offer of payment for any area of land under dispute, in return for setting an agreed boundary may be a solution.

Another possibility where there is uncertainty over the boundary line would be to fence the area concerned, then after ten years an application for formal ownership can be made, claiming ‘adverse possession’. This may be an option where the adjoining landowner is not known or other situations where no immediate neighbour is involved and actively disputing the boundary.

“If you really don’t feel able to have an initial conversation, or if you’ve already landed yourself in the middle of a red-hot boundary dispute, then that’s the time to call in a professional to act as intermediary with your neighbour, rather than pressing on and raising the temperature further. Then, if you reach agreement, you may have to declare the dispute, but you can say it was settled”

This is not legal advice; it is intended to provide information of general interest about current legal issues.