The new year often brings news of the unhappy couples who have decided to call time on their relationships, leading to so-called Divorce Day, as family lawyers receive a surge of enquiries when they re-open after the break. 12/12/22 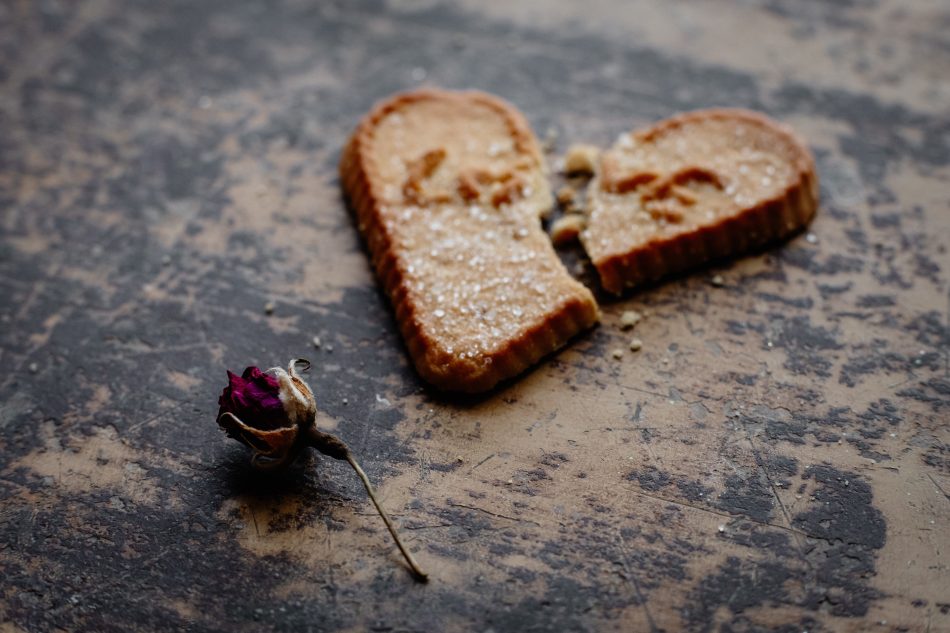 Tough economic conditions and spiralling costs are expected to add to the pressure on couples facing the Christmas period.

And with the additional burden of the cost-of-living crisis, there are calls for greater support for couples as the holiday season gets into full swing, by encouraging better understanding of options if separation becomes inevitable.

Earlier this year, no-fault divorce was introduced, which saw a surge in applications from couples looking to avoid the blame game, but professionals say many challenges lie ahead for couples leaving a marriage.

According to the latest figures from the Ministry of Justice there has been a 22% increase in the number of divorce applications, including dissolution of civil partnerships, compared with the same period in 2021.  More than 33,000 applications were made between April and June 2022, but there was a decrease in financial remedy applications, which were down 31%.

The new Act was a long-awaited change allowing married couples to issue divorce proceedings without assigning blame.  Only a statement of irretrievable breakdown is needed and it makes it possible to file for divorce jointly, so couples can reflect a mutual agreement to part.  During April to June, 22% applied jointly, with 78% coming from sole applicants.   Previously, the only alternative to blaming one partner for adultery, desertion or unreasonable behaviour was to go through a period of separation.

But for those working at the front-line, the shift towards ‘no-blame’ may be obscuring the increasing difficulty faced by couples looking to separate.  For some couples, the cost of living may mean they have to continue to live together, even when officially separated, or even post-divorce, including so-called ‘bird nesting’ arrangements, where the children stay in the family home and the parents come and go.

And although the process of securing a divorce has been made less adversarial, the associated negotiating over finances and children is becoming an increasing challenge and, in some cases, is overlooked through lack of knowledge.

Many are managing the process themselves, turning to online help or untrained mediators, only to discover later that they may have agreed financial or childcare outcomes that leave them at a significant disadvantage, when professional advice and representation may have reached a fairer outcome.

Said family law expert Sarah Jones of Gillingham based solicitors Farnfields Solicitors:  “No-fault divorce was intended to provide divorcing couples with a more amicable divorce process, through removing the need for blame and allowing for joint applications.  This is a really positive step forward but having an amicable divorce does not remove the need to have security in the form of a financial consent order.”

When a couple are divorcing, they can apply for this form of legal document from the court, which sets out the full detail of financial agreement between the divorcing parties.  It does not require them to appear in court themselves, which can be both daunting and costly, but simply confirms the agreement they have made on finances and assets.

The consent order can include details of how assets will be divided, including cash, property, pension funds and other investments, and can also include arrangements for maintenance payments, including child maintenance.  Both parties have to agree and sign the draft consent order and a judge will consider the terms to make sure they are fair, reasonable, and demonstrate a fair division of assets.  If so, the court will approve the agreement to make it legally binding.  The consent order will generally include a clause to stop ex-spouses raising subsequent financial claims against each other.

Sarah added:  “Without this form of closure, either spouse can make a later claim or ask for financial support in future.  A case which demonstrates how this may leave a time-bomb ticking was heard by the Supreme Court in 2015, when a former wife wished to make a claim for a share of the fortune amassed by her husband 30 years after they parted, as no binding consent order was made when they divorced.”

The couple had met and married in 1981 and had a child in 1983, separating just one year later. The wife became a full-time single parent with little income, and had little contact with her ex-husband, who went on to make a fortune through a green energy company he founded in the 1990s.   And the Supreme Court granted permission for Kathleen Wyatt to lodge a belated claim against multi-millionaire Dale Vince, said to be worth £57m.

Another significant issue for parting couples comes in the complexity of capital gains tax liabilities following separation.  When a couple first separate, transfers and disposals made during the current tax year can be on a ‘no gain, no loss’ basis.  But once outside that first tax year, matters become complex and could involve tax charges on the spouse or civil partner who is transferring the asset.  And the likelihood of this rises as financial matters are increasingly complex, and many divorces take longer to complete.

Better days may be on the horizon on this front, as the Government has proposed legislation to change the rules for disposals that take place on or after 6 April 2023.  These proposed changes would extend the window of ‘no gain, no loss’ transfers and disposals to three tax years after the end of the tax year of separation, or where there is a formal court order with no time limit.

Another cause for concern among family professionals is that couples navigating divorce without guidance may overlook the importance of pension sharing, particularly where a primary caregiver to children may not have been able to acquire their own pension pot.  Figures released under a Freedom of Information request show that while only around 13 per cent of the 602,491 divorces settled in court between 2016 and September 2021 included orders to share retirement savings fairly, where the court is involved, couples are more likely to find an order for pension sharing.

She added: “Having tough talks while remaining amicable may seem a challenge, particularly when you are in an emotionally difficult position, which is why it is so important to get some help in having those difficult conversations.  It may be a lawyer, but it may equally be a mediator or some other expert, and they can help ensure that there is a reasonable outcome for both of you, which should be possible without needing to have a day in court if both sides are supported in reaching agreement.”

Exploring the benefits of mediation as an alternative to court

Mediation has many advantages over going to court, including being faster, cheaper, and allowing the parties to remain in control and resolve important issues with dignity and respect. This article looks at these benefits and how mediation might work for you and your family. What is family mediation? Family mediation is a process in which

Vulnerable face time-bomb by not appointing others to act

Figures from the Office of the Public Guardian, the government body responsible for registering lasting powers of attorney, reveal that the number of applications dropped by 25 per cent over the last year. In 2020/21, just 691,746 were made, compared with 917,550 in 2019/20. A Lasting Power of Attorney (LPA) is a document by which

What happens to joint property when cohabitation ends?

Separation is never easy, but if you and your former partner own property together, the situation can be even more complicated. If you have been living with a partner, but you are not married, the legal term is ‘cohabitation’. When cohabitees separate, they are not afforded the same protections in law as married couples who